Many business owners can reach stages in their business, where procrastination creates frustration.

Often times it is past beliefs about trusting themselves that cause them to feel stuck and unable to move forward. 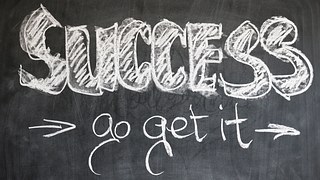 Recently a client was talking about feeling stuck and overwhelmed in making a decision about her business.

She had been approached to expand one aspect of her business into China, but whilst the initial research looked exciting, the next step to follow through and make contact with a potential investor seemed insurmountable!
She just could not seem to send the email and make the initial connection.  Every time she thought about it she began second guessing herself.  Coming up with excuses and reasons why it wouldn’t work.

Initially she couldn’t recall a specific incident, so I suggested we just start to tap on the meridian points, saying the words “Even though I can’t remember a specific time success has been overwhelming I am ready to release this procrastination anyway.

After one tapping round, she suddenly remembered a time when she was about eight years old.  She had worked hard on a project for school.  Painstakingly working for many hours to build a  model of a city, complete with houses, landscaping and streets and roads all laid out on a piece of plywood.  The houses made out of pieces of cut out cardboard boxes and painted in beautiful colours.  The trees made out of pipe cleaners and cottonwool, and the people made out of plasticine models.  She was so proud of it.

As her mother dropped her off at the school gates, she proudly walked into school with her model, when a group of boys from her class raced up behind her, pushed her over, so she fell onto her project, smashing all the houses and trees.

She remembered her teacher coming out of the classroom, and all her friends trying to help her fix it,  but in her eyes it was ruined.  All of her hard work destroyed and although everybody tried to help, her little city was just a mess.

She remembered thinking – even though I work so hard, somebody is going to come along and destroy it anyway.

So, we measured the level on intensity of sadness around her destroyed project, and she was shocked to find that it was a level 10… her eyes welling up with tears just thinking about her eight year old self and looking at the destroyed project.

As we tapped on all the feelings of her eight year old self, reducing the intensity, she suddenly felt a sense of relief.  She could see that her fear about taking the big step to the next level in her business was all based around the feeling that if she worked hard to create something amazing, somebody was liable to come along and destroy it anyway, so what was the point!

In reframing her belief, she felt her stress and trepidation release.  The next morning, with the intensity and stress released, she sent an email to her Chinese contact, and began the ball rolling for her foray into expanding the international export role of her business.

When ever we feel stuck, or find ourselves procrastinating the reason always lies in the fear of moving forward. Procrastination always holds a key – it is simply protecting you from feelings of fear about something that perhaps has happened in the past.

The power of tapping allows you to release what ever is the belief that holds you back from creating success in your business, and your life.