How Many Times Do You Have An Idea To.... - Sally Thibault

How many times do you have an idea to….

How many times do you have an idea to: 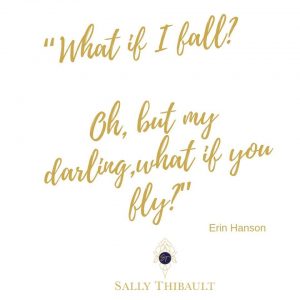 Start a new business⠀
💛Apply for a new job⠀
💛Phone a potential client⠀
💛Make a video⠀
💛Write a blog post (or a book)⠀
💛Start a new health program⠀
💛Join a new networking group etc., etc.,⠀
.⠀
But in the next moment, you talk yourself out of it…. in case:⠀
😞it doesn’t work, ⠀
😞it’s been done before⠀
😞you don’t think you are qualified enough or ⠀
😞you are scared of failing?.⠀
⠀
How many times have you have an idea to do something, not acted on it, and found out later that somebody else had…⠀
⠀
✔started a business like it
✔applied for that job and got it
✔phoned that client and secured them
✔wrote that book that you were thinking about…⠀
✔or you saw the photos on Instagram about that networking event…and wish you had gone?⠀
.⠀
I believe that when we are in alignment with our true selves, our intuition is always guiding us.⠀
⠀
And when we choose to live in the present moment, rather than living in the regret of the past, or in fear of the future, synchronicities happen. But if you are living in the past or worried about the future – you will miss the messages.⠀
⠀
Every thought or idea comes to us from a greater source, because we are co-creating with that universal knowingness. ⠀
⠀
We are never alone. and whether we act on that idea or thought or not, depends on whether we believe that.⠀
⠀
When you have an idea to do something, act on it, research it, write it, film it, join it – most of all do something about it – because the worst thing in life is allowing fear to turn into regret