Release, Renew and Reclaim You

Recently I have been hearing the same comments from many clients when it comes to understanding the patterns of their life.

Often when they release a pattern that has held them back from experiencing success, there is first an awakening, often followed by intense sadness and frustration.

Suddenly they understand WHY they have struggled to create success in the past and it’s sad.  All those wasted hours struggling – when it should have been so easy!

BUT THEN….the sadness lifts and is followed by an incredible feeling of ‘lightness’ and determination they haven’t felt for years.

(Many times I see clients become visibly lighter and younger, right before my eyes!  It’s something I wish I could bottle!)

Most times people are not even aware there is a pattern that drives choices in their lives. Instead of believing that their story is ‘just the way it is!’

Nothing is further from the truth.

We are all born with the powerful inner knowledge to create success, love and happiness.

But often negative events, words or people in our lives reduce that knowledge to DOUBT.

Bit by bit and over time, that doubt created PATTERNS.

Patterns that become so powerful they eventually become our STORY.

When that story is repeated over and over, it eventually becomes what we BELIEVE about ourselves.

When you begin the journey of RECLAIMING YOU, you commence the process of releasing the struggle.  Rewriting the story you knew was right before DOUBT changed the TRUTH. 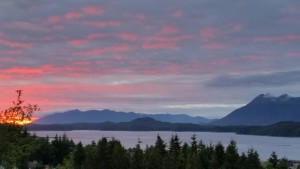 So as we peel back these layers, often there is sadness.  Sadness that the Inner Knowing was replaced by Doubt.  And for many, the awakening to the fact can be quite emotional.

BUT – at the same time, once that sadness is released there is such joy.  A lightness takes over. As they begin to RECLAIM the who they are and realise that their story is just a pattern, formed from a belief.  And they have the power to change that.

It’s what I love so much about this incredible technique of Tapping.  This modality can actually ‘reframe’ the patterns of the past.  Help you make sense of them, and then gently and often permanently, release the emotion that clings to the memory.

When you release that emotion, you also clear the path to being able to ‘think’ clearly. Because high emotion often causes an increase in stress.   When we are stressed, our body physically shunts blood away from the brain to the extremities of the body, in preparation for a flight, fight or freeze response.

A throwback to the days of the claw and fang jungle, where in a time of fear and stress, your body was preparing to give you the energy to respond to a potentially life-threatening event.

But these days, we often have no way to ‘release’ the stress, and it continues to build in our bodies.  At the same time, our ability to ‘think’ in a rational, wisdom based manner is diminished. And we often find ourselves responding to our stress or emotions in reactive ways. In fact, often the same way, repeated over and over again.

But when you understand:

The awareness opens up,  the heaviness lifts and the light turns on!   You simply feel so much lighter.

Negative energy and stress weigh heavily on us, deplete our energy and our wisdom.  But when you release that negative pattern, everything changes.  It’s like the sun comes out and you can think and see more clearly. Life changes.

With the power of tapping, you have the ability to rewrite your own story for your future.  The gift of RECLAIMING YOU, that gives you the opportunity to change the future. Not only for you – but also for those around you.

It is an incredible gift.

Click on the image below for more details about the RECLAIM YOU.